Shan’s Life, by the Numbers 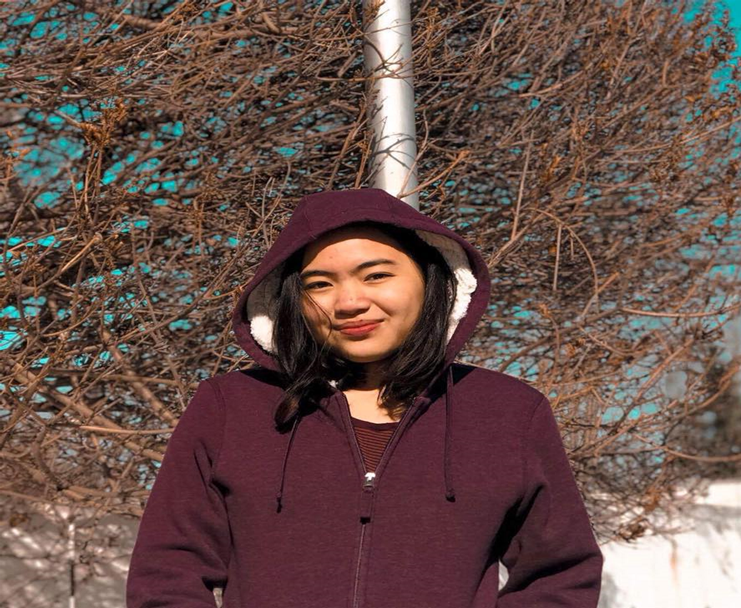 Shan Matugas is a seventeen year old student at Churchill Community High School. Though still a student, she works part-time at Co-op as a deli clerk. Although it’s not something she does to support household expenses (as those are still covered by her parents) it does help her with personal purchases such clothes, gadgets, school expenses and phone bill. She is currently saving for a trip to Greece that her family has been planning for her 18th birthday.

Shan has been in Canada for almost three years now. Her family moved here from the Philippines in July 2015. The main reason they moved here is because of Canada’s more stable economy, or in her parent’s own words “easy money”. Her parents both believed before leaving that living here would provide a more secure future for Shan and her siblings. “Yes it’s more fun in the Philippines,” Shan’s parents would tell her “but fun costs money and money is in Canada”.

Shan has worked in her deli clerk position for 2 years. She basically does what most people do in the kitchen, except for customers. She make sandwiches, salads, oven baked meals. She checks the shelves and makes sure they’re full. She cleans and of course, attends to customers.

She jokes that the thing that keeps her motivated is that her parents are “unbelievably cheap”. She can’t buy the stuff she wants unless she works for it. Her parents weren’t born privileged. Her grandparents were farmers in the Philippines earning way below minimum wage, yet arguably did a lot more work than people who earn more. Shan believes that’s what made her parents really grasp the value of money. “They realized that money doesn’t come easy, so people shouldn’t be spending it like they do. When people earn their own money they learn how to spend it wisely.”

In terms of a career, she says accounting is the best fit for her in the future. Her mom used to manage a bank and that introduced her to accounting. Growing up she would often visit her mom during work hours and seeing her work always amazed her. Shan recalls being in a vault filled with cash, an experience she enjoys bragging about.

Another thing that appeals to her about accounting is an obsession with numbers. She loves math. It’s filled with patterns, equations are like mazes for her (fun ones of course) and it takes her to “the zone”. Math has always amused her. “It doesn’t have any criteria for artistry and such. You either get it right or not,” She likes that math gives you definite answers.

There isn’t any particular event that inspires her as she moves into the future. She says things constantly change how she sees life and with that, her ambitions. Her beliefs, her aspirations and plans don’t just change overnight. “Change is brought by the people we meet in our life, the things we go through, the failures we get up from, the disappointments, the mistakes we make”

Shan grew up in Philippines. She says describing her youth accurately would take a whole book, but in a nutshell Philippines is “anything but boring”.

“The land itself is full of life. Blue seas, white sands, 7,641 islands, caves, waterfalls, mountains, rice terraces. Philippines is a crowded place and in crowded places you meet a bunch of different people”. Growing up she was surrounded by noise and people, “it was chaotic but then it made being alone or feeling alone difficult so it wasn’t really so bad”.

She went to high school at the Naval School Of Fisheries. She was enrolled in the Science, Technology and Engineering Program, so it was very competitive. Students need to maintain a particular GPA in order not to get kicked out, so slacking was off the table. “It was difficult but since there was this constant pressure to work hard almost every student’s performance was thriving”.

As Shan mentioned, Philippines is a crowded place. In her classes were at least thirty students, and with five different sections, that meant almost 150 students in one grade level.

Being a high school student is sometimes hard for her. Multitasking isn’t really her forte, and she procrastinates a lot. Ever since she got a part time job she says she’s been late handing in all of her assignments. She rarely has free time, and if she ever does it is dedicated to her assignments and/or the little sleep she gets to have. She doesn’t get to rest in the summer or on weekends because that’s the only time she can get full time hours at work.

That being said, she plans to pursue post-secondary education. Her plans for college are “to get in. JK,” she jokes “to take an accounting degree and hopefully be an accountant.”

As much as she hates to admit, (because of their differences) her mom is her greatest inspiration. She’s always looked up to and respected her. “She is the embodiment of a strong independent woman that I aspire to become. She had nothing and yet she managed to build everything from it. She’s not just a success story, she’s also everything else that comes with it, all the breakdowns, the rock bottoms, the exhaustion, the temptation to give up, the disappointments, the things you need to give up and the things you lose. It’s not what she achieved that amazes me it’s how she managed to get it.”

The teaching in her life that makes her a better person are her mistakes. She says that horribly humiliating mistakes and degrading failures are things that teach her lessons. Reality teaches her lessons- not clips of motivational speeches she sees on the internet. “Not TV-shows, tragic short films or depressing soap commercials but painful truths, served cold. It’s the fear of being inferior to everyone else, it’s not being able to do what everybody else can.” It’s this fear of not having a purpose and not seeing her worth that makes her strive to be a better person.