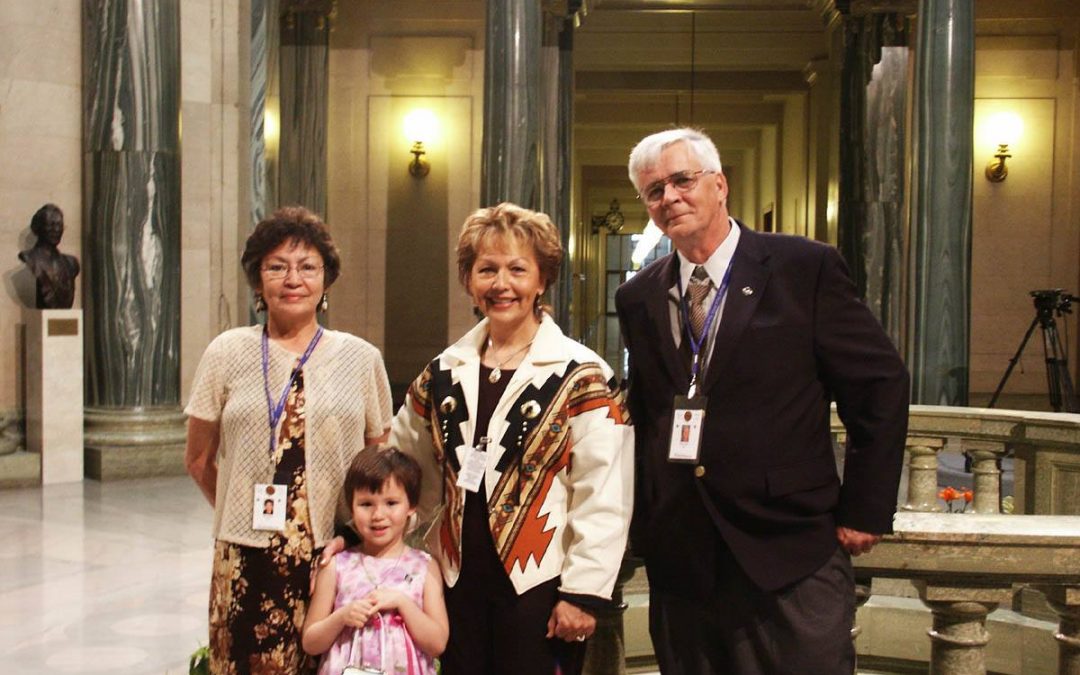 An artist uses art to express themselves, art can be used to show the beauty of the world or the truths around them without just using words. Roger Jerome says that “artists aren’t better than anyone else, we’re all different and unique but all the same, all right brainers”.

Roger Jerome’s late father-in-law was a great hunter in Ile-a-la-Crosse. He was a good fisher, hunter, trapper and a special constable with the RCMP. They lived off the land. Their family would gather berries and hunt moose to feed themselves. The bush was their grocery store. Roger is fascinated with that way of life, but doesn’t know if the stories that elders and hunters tell are translating well with a new generation of young people.

Roger worked at the Provincial Corrections Centre in Saskatoon and loved it. He misses joking with the inmates and his co-workers. He also mentions that he “misses the money”, but that mostly he misses his work. He would do impromptu art classes with the inmates, at times with up to twenty five people in the class. Roger says he’s seen a lot of “dreamers” doing jail time, and that art classes helped them deal with addictions and other difficulties while at the Provincial Corrections Centre.

Roger recounts a time when he was painting a landscape with inmates and asked them about which blue paint they would use. They all had plans to use one blue paint and keep lightening it. Roger explained that there are three types of blue for them to use: cerulean, the horizon, ultramarine, the apex and cobalt and that all could be tinted white. He was humouring himself. He didn’t think that the inmates would pay much attention to different shades of blue, but Roger was surprised when the next day, one of them asked what colour blue was used on the horizon.

The Saskatchewan Arts Board had an open competition in 2005 which asked artists to design a mural that would be displayed at Regina’s Provincial Legislative Building. The mural would fill a space about 18 feet high and 25 feet wide and had to depict a northern cultural scene. “Northern Tradition and Transition” is the name of the piece that Roger submitted that would go on to win the competition. 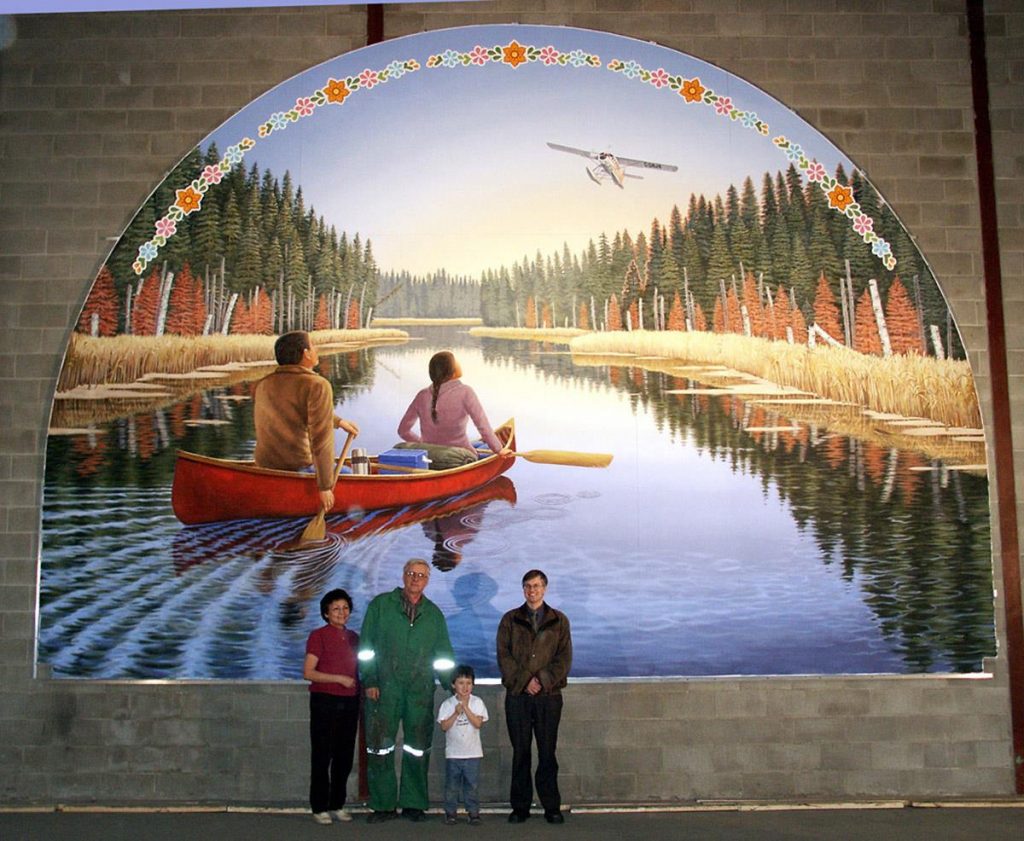 On May 18th, 2005 Roger took his family and friends to the unveiling of the mural where he met and talked with Queen Elizabeth and Prince Charles. Charles has a good sense of humor according to Roger. Roger brought his granddaughter, Kiera Jerome, who was 2 ½ years old and they had practiced giving flowers to The Queen beforehand. She would say “Your majesty” as she presented the flowers. But when the time came, she didn’t say anything. Roger asked her what she wanted to say, and she said “You’re welcome”. That was an impressionable moment for Roger as a grandfather, to see his granddaughter give flowers to The Queen. 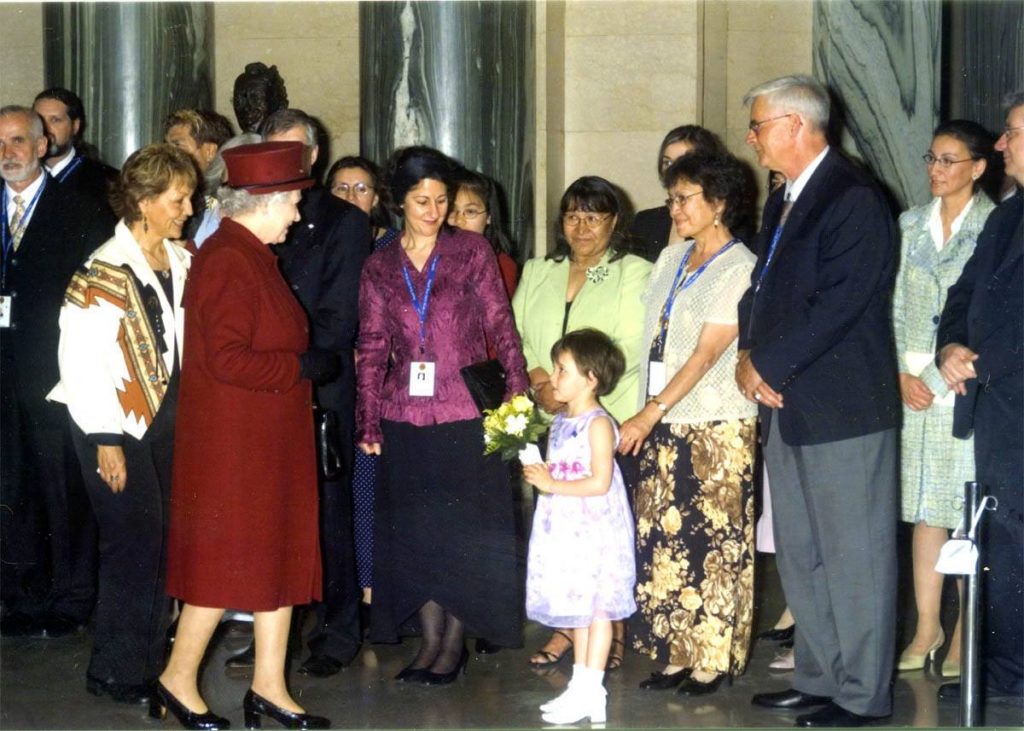 Two days after the unveiling of the mural, Roger would go back to the corrections centre and the inmates had heard about Roger’s royal meeting. They howled, “hey, there aren’t any queens here!” Roger hollered back, “Yeah, I can see a few.” He admits he had a bit of difficulty transitioning from being treated like royalty to going back to corrections.

Roger is an artist. He has studied many artists whom he’s also a fan of. Favourites include Leonardo da Vinci, Vincent Van Gogh and Henri de Toulouse-Lautrec. He is friends with many other local artists, such as John Halkett. Roger does many forms of art. Paintings, sandblasting, airbrush, and his newest “phase”, charcoal. Roger is also an amateur astronomer. He has two telescopes. A high powered one and a smaller one in a shed. He’s interested in the stars above, and the world around him. He’s particularly fascinated by the moon, as it never changes,no matter how much we look at it. “Even though Galileo had a very different type of telescope, he would’ve seen the moon we see today”. Roger is fascinated by the fact that the moon doesn’t change in a world that’s always changing around us.

Roger thinks that his family has an artist gene, since a lot of his family, past and present, have been artists. His son carves sculptures out of moose antlers, his granddaughter now does digital art. Roger says that art can be a blessing and a curse. You can get a lot of money from the work you produce, but that money can produce fuel for the fire of addictions, such as drugs and alcohol.