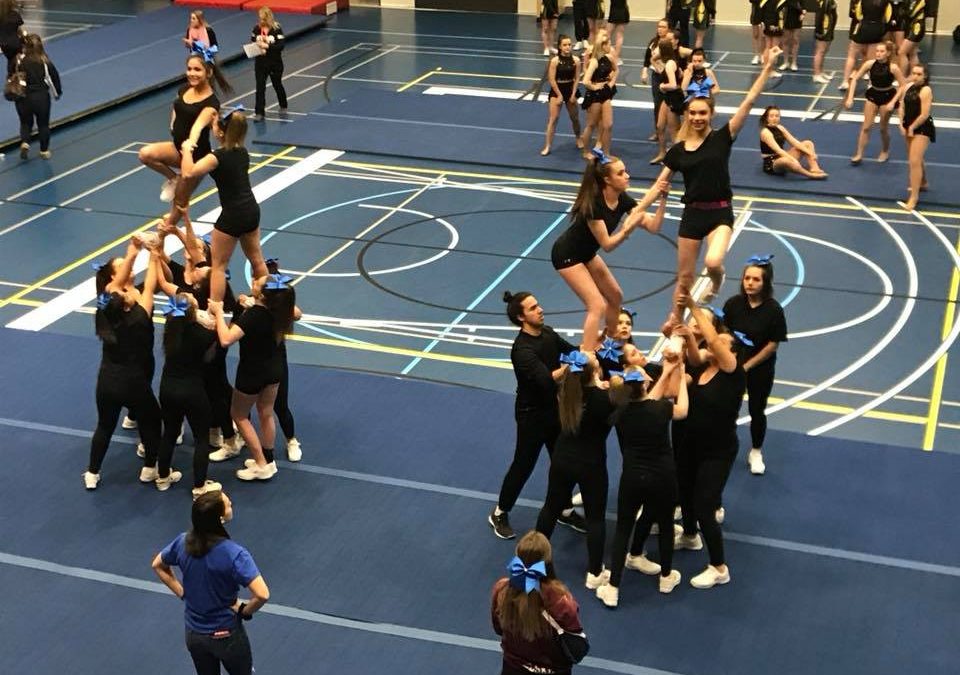 The Churchill Chargers Cheerleaders traveled to Warman from March 2nd to 4th for the 12th Annual Warman Cheer Classic. They ended up claiming 8th place.

The competition features school and club teams from across Saskatchewan competing at different levels. Warman Cheer Classic Organizer Susan Bayne said planning for “next year’s [Warman Cheer Classic] is already in progress, so it overlaps”.

Caitlin Doiron, the coach of the Chargers said “every practice, the team is working hard.”

Doiron said, “I think there [was some] first competition jitters, for about five of our athletes it’s their first time [performing] … overall, I think it went well. When a stunt didn’t hit, [the team] pushed through.”

Ashley Stratton, a six year veteran of the Chargers cheer team said while performing, “you don’t know if it’s your sweat or your tears so you just keep on going”.