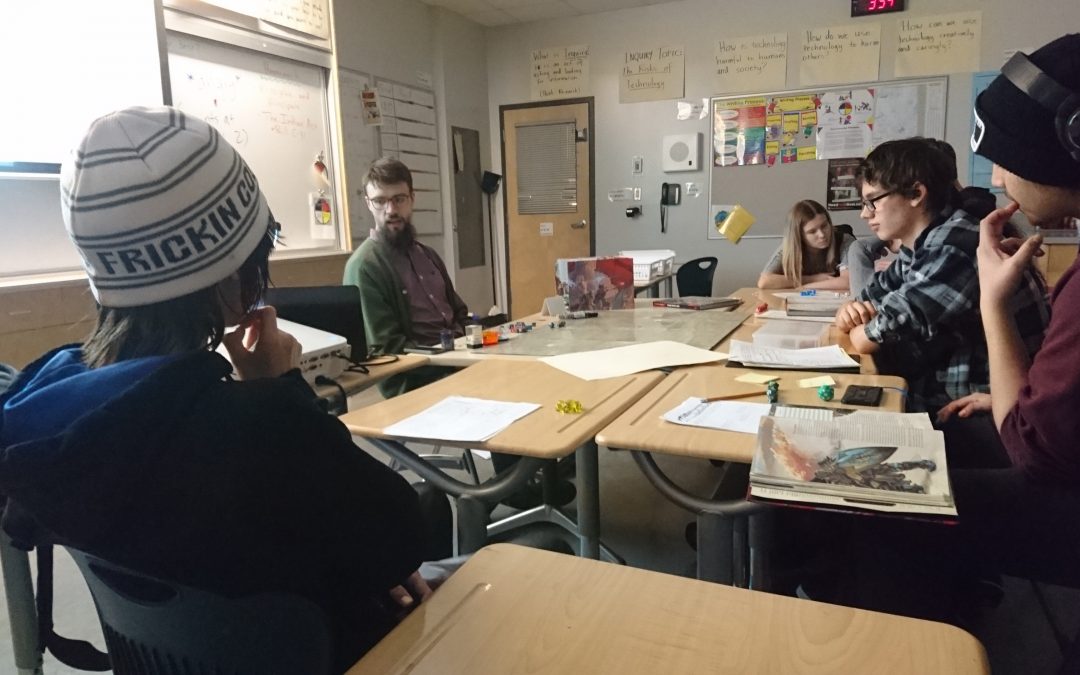 Dungeons and Dragons also known as D&D, is a tabletop role-playing game (RPG) that you play with friends, and you can slay monsters and save people, things you would find in many RPG’s. D&D club happens every Tuesday and Thursday after school.

Andrew Jackson is a teacher at Churchill Community High School, he is one of the leaders of the D&D Club. Andrew said that the reason that he leads a D&D group is that he wanted the kids to be a part of a club that wanted to play games and didn’t want to do sports, and he wanted to do something that didn’t exist yet. There isn’t an age demographic for the D&D club as you could modify the game to make it more or less difficult for the students that join the group.